Here you can purchase photography books and DVDs by Sally Fear with payments through PayPal. Please contact Sally via the contact form if you have any questions. Thank you for stopping by.

Crown Keepers of the New Forest by Sally Fear

“I very much welcome this dramatic record of the work of the Keepers of the New Forest.” – Foreword by HRH The Duke of Edinburgh

The Crown Keepers are the frontline of the Forestry Commission team that looks after the Forest.  There has not been a book published on the Keepers of the New Forest until now.  Sally has spent six years deep in the heart of the New Forest recording the work of the modern day Crown Keepers and the flora and fauna that they manage. There are five species of deer, rabbits, squirrels, butterflies, wildflowers, fungi and much more.

New Forest Drift: A Photographic Portrait of Life in the National Park by Sally Fear

Sally Fear has given us a glimpse of that certain ‘call of the wild’ freedom we so long for and which exists so near and yet so far from our concrete world. One can almost hear the thunder of hooves.”
The late Philip Jones Griffiths, Magnum Photos

The New Forest is one of the most beautiful areas in Europe. For over a thousand years this unique area of natural heathland has developed and flourished thanks to the commoners whose rights of pasture allow them to graze their ponies, cattle, donkeys and pigs. In 1909 the New Forest Commoners’ Defence Association was founded to defend these rights. Without this organisation we would not have the New Forest we know today.

Sally’s skill is to be the silent witness, but her gift is to have captured, with warmth and affection, the life and spirit of the New Forest.”
Patrick Ward, Photographer

Sally Fear’s second book is a celebration of the Centenary of the New Forest Commoners’ Defence Association 1909-2009, which was formed to defend the rights of commoners of the New Forest to graze their ponies, cattle, donkeys and pigs on the Forest. Without this organisation we would not have the New Forest we know today.

“A gorgeously illustrated book. Sally Fear captures the unique way of life that exists within the woods, where ponies, pigs and cattle are permitted to roam as they please, and where affairs have been for centuries ordered by a little-known body called the Court of Verderers.” – Daily Telegraph

“A colourful and captivating insight into the unique life of a commoner, that rare breed which has been practising ancient rights to depasture livestock on the New Forest for generations…well seen and composed, her photos capture the right moment every time, turning the ordinary into something special.” – Lymington Times

“Cowboys of the New Forest: Royal biographer Robert Hardman joins the secret round-up of thousands of wild ponies that’s been going on since William the Conqueror. The Agisters and commoners are very proud of their work, which has now been recorded in a beautiful book by the photographer, Sally Fear (a commoner herself).” – Daily Mail

The New Forest pony is much more than a tourist attraction, it is vital to the survival of this ancient pasture woodland. The people who live and work in the Forest tell the story, which is beautifully illustrated by dramatic and intimate documentary footage of these loved and important animals. The Film is available on DVD in local villages and towns throughout the New Forest. 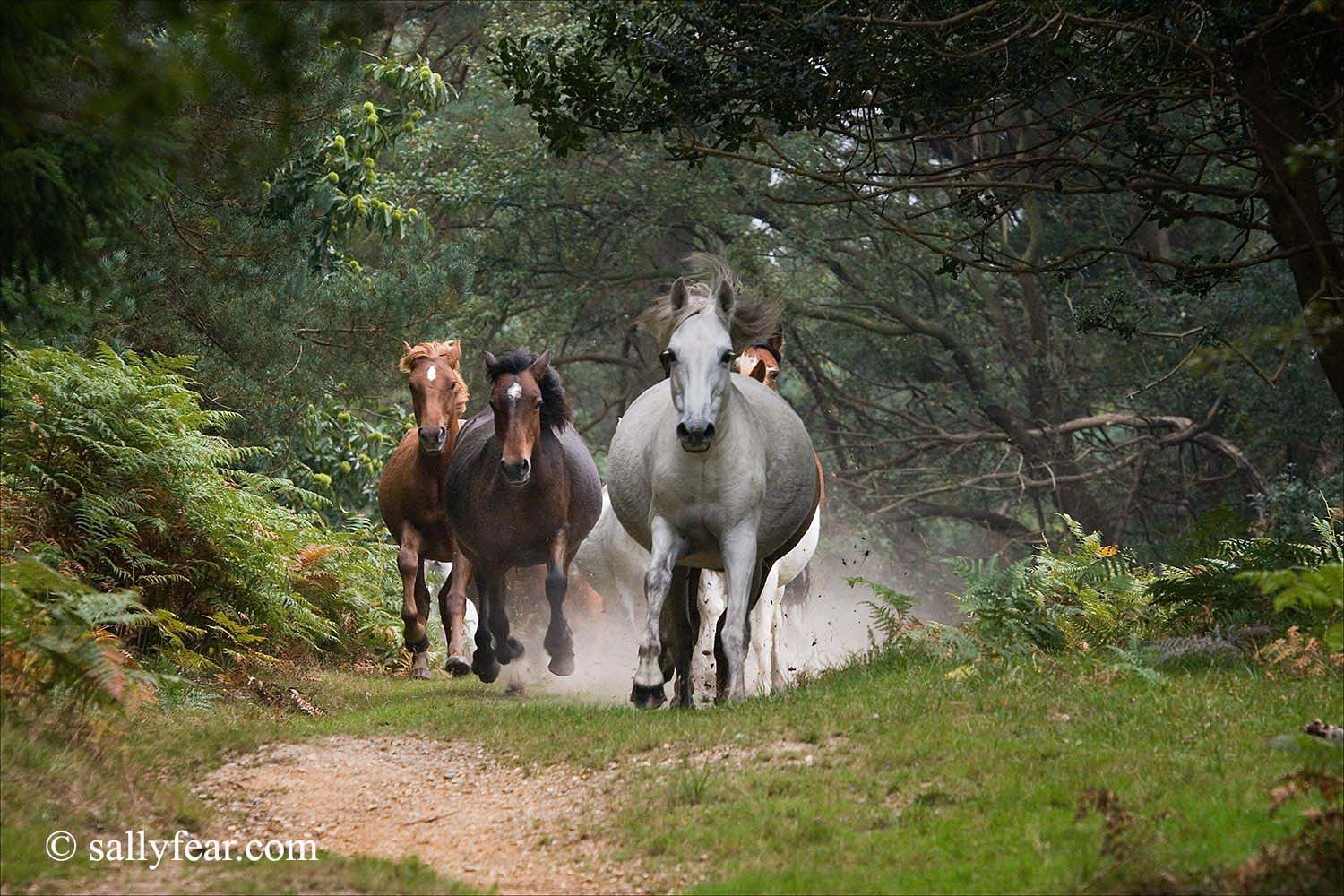 Editioned digital inkjet (giclee) prints are available to purchase directly. I can accommodate most size requests and have a number of paper options available. These prints are produced to the highest quality in London and can be shipped anywhere in the world. Please email me directly to make a request.